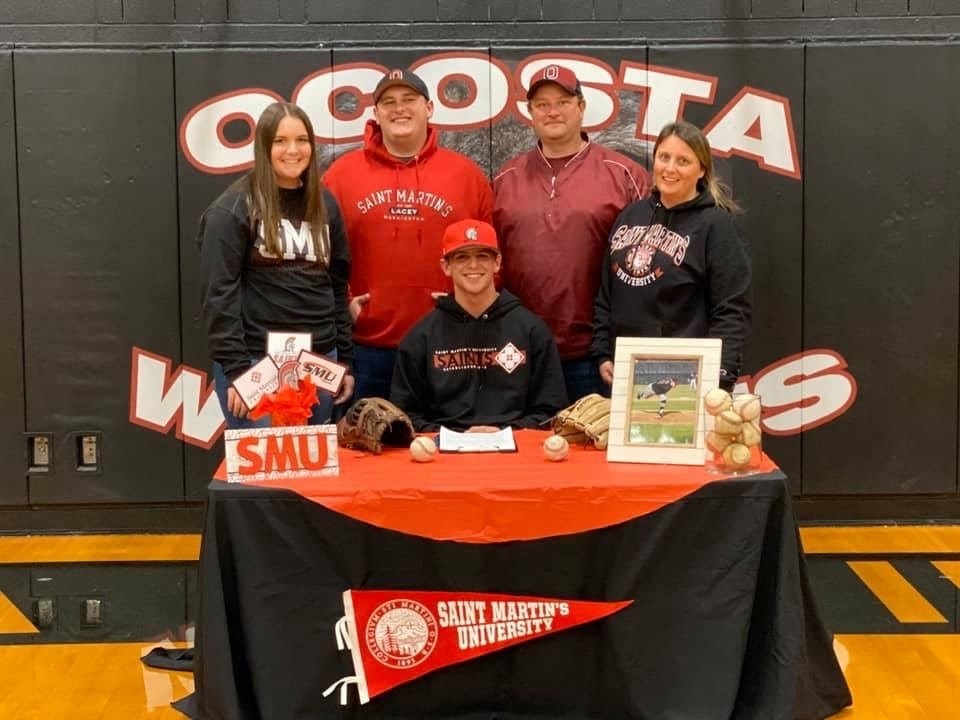 Congratulations to Ocosta Senior, Cole Hatton.  On Friday night Cole signed a Letter of Intent to play baseball for St. Martin’s University in Lacey, Washington.  Cole is currently a senior.  He is also a varsity football and basketball player.  Cole began playing t-ball with South Beach Little League when he was five years old and has never stopped. In the summer, Cole also plays for MAC baseball, keeping him busy year round.

Cole has been a 3-sport athlete throughout high school.  Has been playing baseball since he was 5.  Cole typically can be found on the mound as a pitcher, but also plays infield.  In baseball, Cole has been Pacific League MVP, both his sophomore and junior years.  Mike Allton, Ocosta Baseball Coach, said “It is a privilege for the last three years to coach Cole.”  He added, “I knew pretty early he was going to play baseball at the next level.”

In addition to playing sports, Cole has been able to maintain a 3.85 GPA.  Cole is also involved in academic clubs as well.  He is a member of National Honor Society, Knowledge Bowl and has attended both the regional and state math competition as part of the school Math Team.

As sports are a major part of Cole’s life, he volunteers with youth sports, including South Beach Youth Football, Basketball and Little League.  Cole is the son of Kevin and Lesley Hatton of Grayland.