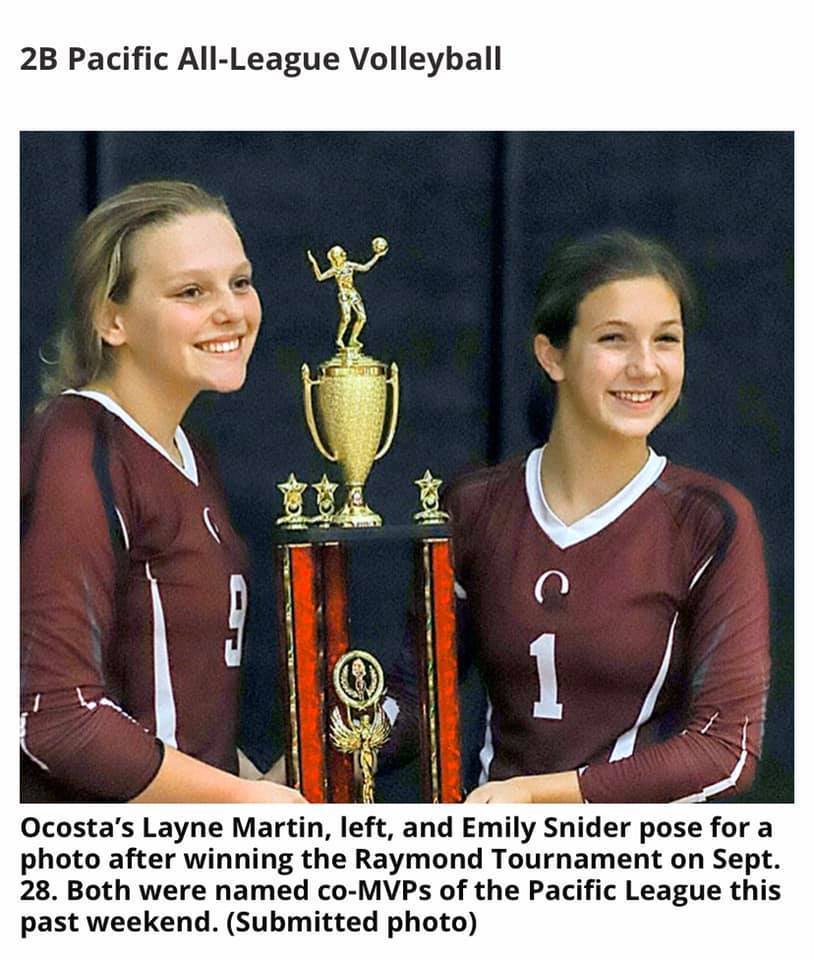 Congratulations to all of the Ocosta athletes that have been recognized by their league for being outstanding athletes and students.